Fights over water are pretty common these days. The San Joaquin River in California, for example, is in the thick of disputes between farmers, cities and other uses as a variety of groups attempt to restore the fishery and other aspects of a historically battered river. The recent North Dakota pipeline crisis is another example. These conflicts would probably not have surprised John Wesley Powell. Back in 1883, on stage at a western Irrigation Conference, he prophetically declared: “Gentlemen, you are piling up a heritage of conflict and litigation over water rights, for there is not sufficient water to supply the land.” Powell was convinced that development should be based on watershed boundaries, not a simplistic grid system that was detached from an understanding of supporting water resources. As Powell took over control of USGS, he was determined to manage western water with science and reason. 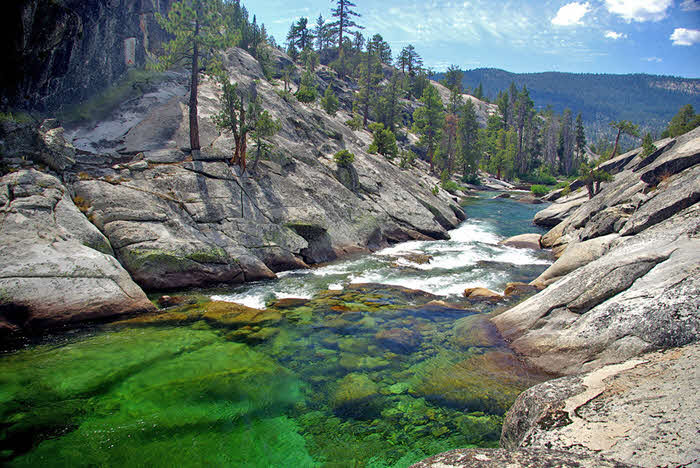 This second part of a two-part series on Powell’s legacy outlines his vision while at USGS, his short-lived progress in shaping western development, and ultimately his loss of authority at USGS.

It is only fitting that an individual as charismatic and knowledgeable as Powell would eventually reach the highest levels of leadership in Washington D.C. Still flush with the triumphs of his exploratory trips down the Colorado River, he became director of USGS after Clarence King’s short one-year term. At this time, the public was heady with the excitement of western settlement. There was no shortage of those ready to profit from the sudden availability of western land. The floodgates had been opened and profiteers and other interests moved in. Powell was convinced uncontrolled development of western land would have disastrous results. 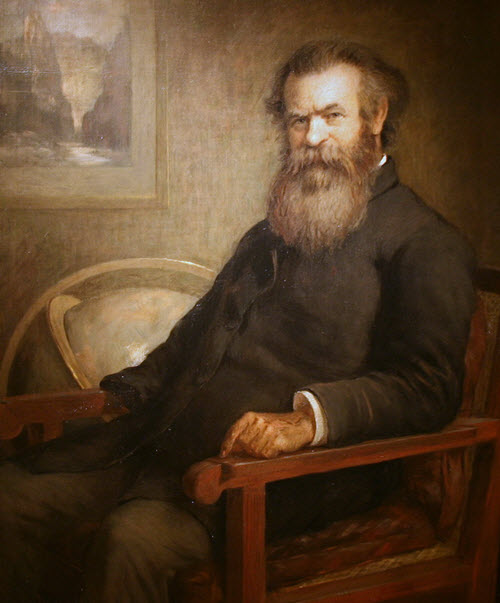 Powell was a champion of science’s ability to drive policy. He wanted the USGS to act as a powerful scientific and fact-finding organization. To help settle western lands wisely, he proposed a massive irrigation survey, one that would identify land that could be farmed while setting aside land that would be best used for other purposes, like canal and reservoir sites. Irrigation projects could go forward only after careful analysis had been done of the uses the land could support.

The irrigation survey was to serve as a source of information for settlers in search of home sites and for the states and territories as they tried to develop a regulatory framework for land settlement. Powell wanted the information discovered by the survey to be easily accessed by the public. Powell wrote:

“It should be remembered that the ends in view are not actual construction by the Government but plans and estimates for the use of the people and Reports should be prepared in the simplest manner possible.”

At the end of 1888, Powell and his men had surveyed and mapped 22,230 square miles; the subsequent year resulted in the mapping of an area of equal size. The irrigation survey enjoyed support from key members of Congress and resulted in a federal operating budget that exceeded that of most other agencies. The 1888 Act passed by Congress suspended settlement on public lands in order to allow Powell to proceed. Powell quickly went into high gear running the survey, hiring men with the necessary expertise, and mapping the lands west of the 100th meridian. 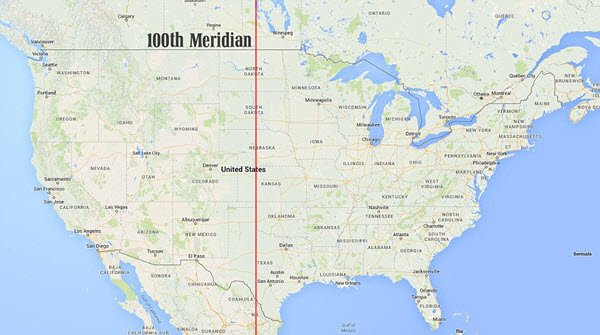 Modern Surveying Language Comes into Use

It is at this time that Powell and his agency brought into use much of the civil engineering lexicon and language that is still in use today. At this time “runoff” comes into use to describe rainfall that is not taken up by the soil. The concept of “acre-feet,” to denote the amount of water needed to cover an acre of land to a depth of one foot, was developed as well. Most importantly, Powell came up with the concept of a “hydrographic basin” or watershed, to delineate an area of natural drainage.

The idea of a watershed was key to Powell’s vision for developing the West. Interconnected watersheds, to be formed into units of government called “irrigation districts,” would form the boundaries for settlement. According to Powell’s vision, each irrigation district would consist of landowners who would own a share of the water within the district’s boundaries. These landowners would have a voice in how the water would be used and would be financially responsible for all irrigation and improvement projects. These landowners would be responsible for the forests and grazing lands as well. It was to be a model for community self-governance and wise resource use at the local level.

Grumbles of Discontent Force Powell on the Defensive

Powell traveled throughout the West with fellow Congressman, most of them ardent supporters, and spoke to delegates throughout the region about his vision. He pushed for the need to use drainage basins as the primary unit of government and to manage the land, water and forests as one interdependent system. He declared that agriculture should be the main industry of Montana. He made a number of “radical” pronouncements that ended up startling more than a few of his early backers. All of this was taking place as speculators, ranchers, and others continued to position themselves to claim western land. The 1888 Act prevented anyone from buying land until Powell and his team had finished determining which lands were irrigable and which were not. This “roadblock” to development became more and more unacceptable until pure public outrage finally kicked in.

Accusations from railroad companies, ranchers and others claimed Powell’s rigid policies were interfering with land sales and growth. Legislators began to question the value of Powell’s surveying maps and claimed they were too focused on “generalities.” Senator William Stewart, once Powell’s main champion, became impatient with slow progress in North and South Dakota. Congressmen demanded specifics on what could be done to get irrigation projects moving. Ultimately powerful interests gained the upper hand and Powell’s progressive ideas were steadily undermined. Powell’s work on the irrigation survey came to a halt in 1890 when Congress voted to terminate funding. The USGS budget was cut and Powell resigned as director of USGS in 1894.

Under President Roosevelt, some of Powell’s conservation goals were implemented, but the course of westward land development had already been set. Powell was a scientist, a surveyor and bold adventurer, but he was also an exceptional thinker. Clearly, his concerns about the perils of rampant western settlement were ahead of his time. More than one hundred years later and his predictions finally seem to be gaining traction. It’s about time.

What Speed Dating Can Teach Us About Sales