Woe to those who ignore the difference between the International Foot and the US Survey Foot. In some cases, confusing the units will have little impact on your project; in others, the result can be so conspicuous that it will cost a bundle to fix. The goal is to be aware of the problem and take steps to avoid it.

The Beginnings of Two Systems of Measurement

About one hundred years later, in an effort to establish consistency within the International community, the International Yard and Pound Agreement of 1957 set the length of the international yard to be .9144 meters. It follows from this that an International Foot is defined as exactly .3048 meters and works out to be shorter than the US Survey Foot by two parts per million (2ppm).

How it May Work Out in the Field

What we are really interested in is how the difference plays out in an engineering project. Obviously, a difference of two parts per million will have minimal impact with projects using a local datum. But when working with projects that use a coordinate system projection, the resulting discrepancy can be very significant. Let’s look at an example that uses some typical coordinate system projection coordinates. 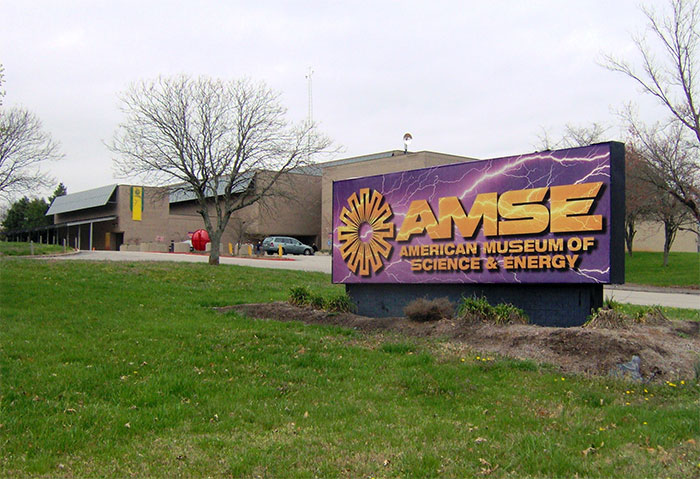 American Museum of Science and Energy in Oak Ridge, TN offers a fascinating insight into the history of nuclear energy as well as useful information and exhibits delving into other energy sources and robotics. The metric coordinates for the museum’s front door using NAD83 Tennessee State Plane Coordinate System are:

When this point is converted to English units, the possible values using the conversions for the US Survey and International Foot are as follows:

Is the difference between the two enough to be concerned about? The answer should now be clear. Using the wrong conversion factor for this point would result in an error of 2 feet in the northing and 6 feet in the easting. Two parts per million is very significant when working with the large coordinate values typical for plane coordinate systems!

Clearly, using the wrong conversion unit can result in a significant and costly error.

By the 1980s, U.S. lands had already been extensively surveyed. These surveys were based on the US Survey Foot. The US Survey Foot was used by the National Geodetic Survey (NGS), formerly the U.S. Coast and Geodetic Survey, to establish the State Plane Coordinates published in the North American Datum of 1927 (NAD 27).

In 1986, however, the federal government began moving towards international consistency in terms of units of measure. This effort resulted in the release of the North American Datum of 1983, which forms the foundation for the State Plane Coordinate system, and which is based entirely in meters. As discussed above, mapping and surveying work had historically been carried out in feet. Today’s engineering professionals continue to need to convert meters to feet in order to use control points in the National Spatial Reference System.

At the request of NGS and to prepare for adjustment to the North American Datum of 1983, many states passed legislation specifying the correct conversion unit. To date there are only a few states that have not defined a particular conversion method. Some states like Arizona, publish coordinates in meters and International Feet. California identifies the US Survey Foot as the appropriate unit of conversion. There’s enough variability across the country to warrant spending some additional time verifying your units. Surveying documents need to identify whether the unit of reference is a US Survey Foot or an International Foot. As the example above demonstrates, to assume one unit of measurement over another could lead to significant problems in the field.

Bringing it all Together with Software

CivilGEO’s HEC-RAS software can use a projection coordinate system to properly layout a HEC-RAS model to real-world coordinates. Our software includes over 9,500 CRS (Coordinate Reference Systems) projections—so we should have your project location covered. We even include an option to add additional CRS if we missed your location.

Remember these sound points about unit and coordinate system projections:

For additional information on this topic, view this informative video by Mark Silver.

Five Ways to Cultivate a Good Relationship with Your Employees