In 1954, the Soviets launched the first artificial satellite to orbit the earth. Sputnik I was a man-made marvel that made it possible for radio signals to be detected from anywhere on earth with simple radio equipment. George Weiffenbach and William Guier from John Hopkins Applied Physics Laboratory (APL) picked up radio signals transmitted from the Soviet’s orbiting satellite and noticed that the radio frequency came through in a noticeable pattern, a shift in wave frequencies that was attributed to the Doppler effect. The Doppler effect is a phenomenon related to how motion affects sound and other wave frequencies. The radio waves varied relative to where the satellite was in relation to Earth. By measuring the Doppler shift, Weiffenbach and Guier realized they could gauge the satellite’s velocity as well as its path as the satellite approached the receiver. 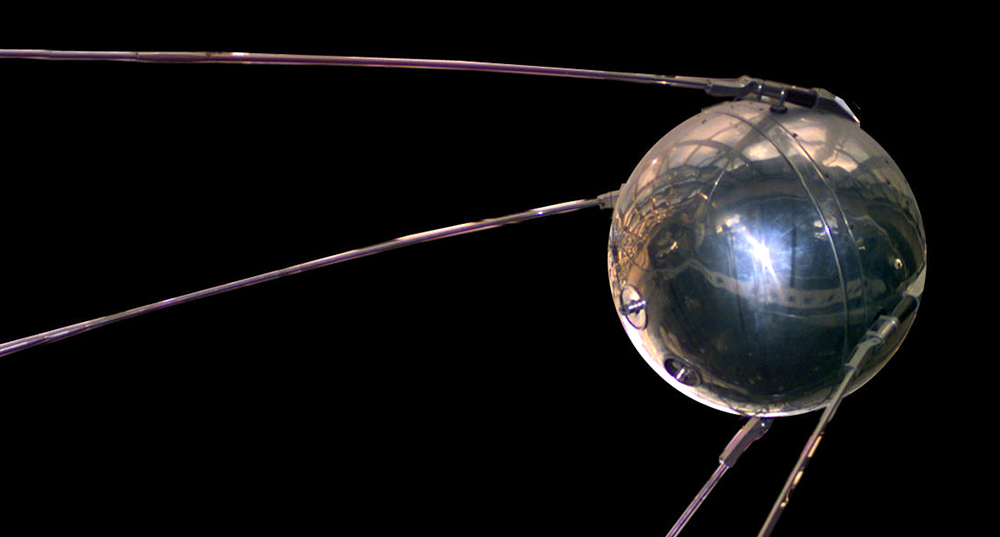 A replica of Sputnik I, the first artificial satellite in the world to be put into outer space

The technique used to track Sputnik I was refined over subsequent months and was applied in tracking the second satellite launched by the Soviets as well as Explorer I, a U.S. satellite launched in 1958. The deputy director of APL at the time, Frank T. McClure, asked a very specific question: If the location of the satellite is known, is it possible to identify the location of the radio receiver that is picking up the signals? The question (and possibilities) formed the basis for a series of military projects that would bring us closer to the Global Positioning System (GPS) we recognize today.

The U.S. Navy was the first to capitalize on early research with satellites in its efforts to locate and track military vessels at sea. During the Cold War, keeping submarines with sensitive cargo (i.e. ballistic missiles) outside of radio contact was of paramount importance. A submarine’s SINS (Ship Inertial Navigation System) uses sensors, gyroscopes and other computing technology to monitor movement and derive position, speed and orientation of a vessel without the use of any external reference such as the sun or moon. The SINS system, however, was imperfect and an outside reference point with precise location was needed to keep the vessel on track. Moreover, as effective as SINS systems are for submarines, these systems are not accurate enough for other missions. A new system of satellites called Transit, based on the navigational insights gained from observing the orbital track of the Sputnik satellites and Explorer I, would provide the locational accuracy that was needed.

Precursor to GPS: The Transit System

In 1959, the Applied Physics Laboratory, with assistance from the U.S. Advanced Research Project Agency (ARPA) launched a set of five satellites. Close to the water’s surface, the submarine utilized a small antenna to note a change in radio frequency as the satellite passed overhead. This change in radio frequency was used in conjunction with positioning data collected by a network of ground stations (LORAN-C receivers) to identify the submarine’s location. This information was then used to reset the submarine’s inertial navigation system. Transit satellites worked in the regions around the poles, particularly for submarines operating in the Arctic, but transmission was spottier near the equator; several hours could pass before a satellite moved overhead. Also, Transit satellites operated in only two dimensions, calculating latitude and longitude, but not altitude. This limited the applicability of Transit for many military applications. Use of the system ceased, along with LORAN-C receivers, around 1996, however Transit was an important precursor in the development of GPS. 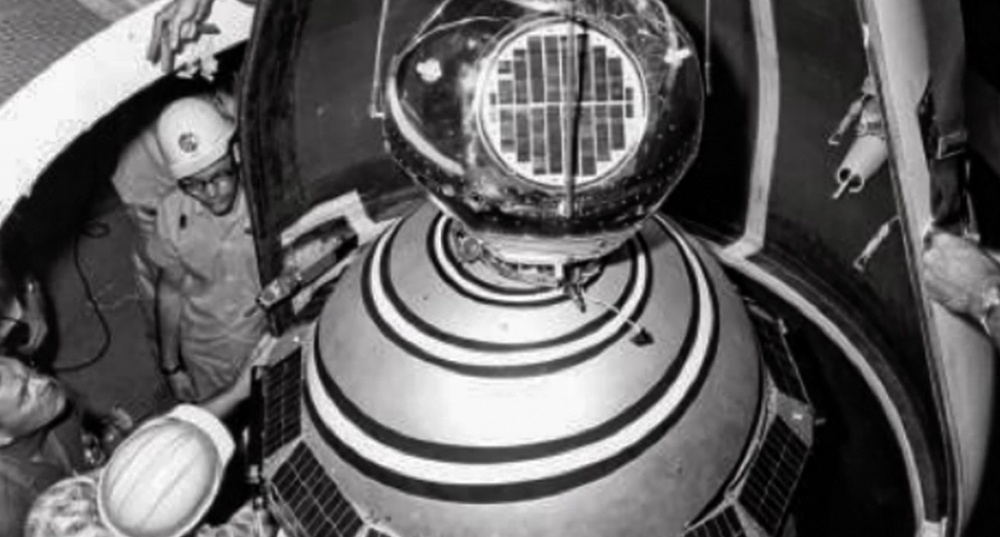 Transit 2A with GRAB 1 atop during launch preparations

SECOR, 621B and Atomic Clocks

SECOR (Sequential Correlation of Range) was developed by the U.S. Army between 1964 and 1969 and involved transmitting signals from three ground stations to an orbiting satellite. A fourth station used those transmitted signals to fix its own location. This data was used for geodetic purposes.

The 621B satellite receiver system, funded by the U.S. Air Force and led by the Aerospace Corporation, was driven by the need to transport missiles by rail without detection. A defining feature and one that distinguished the 621B system from its predecessors was the encoded signals traveling between satellites and receivers. Effective military codes that deflected interception capitalized on a “pseudo random” number sequence.

Improvements to these satellite systems and their components were on-going. For example, the Naval Research Laboratory (NRL) in Washington DC developed a system coined Timation (Time navigation system), in which atomic clocks could be placed on satellites to gain greater accuracy in the tracking of time. The first Timation satellite was launched in 1967, followed by Timation 2 in 1969. The satellites that followed would incorporate even more accurate and sophisticated atomic clocks and are very close to the GPS satellites in orbit today. Timation provided the final component that would be key to achieving the high levels of accuracy in time and geolocation that are possible today.

The U.S. Department of Defense merged the different satellite navigation systems into one program in 1972. A variety of different configurations were considered before the basic elements and structure of GPS were put in place. Twenty-four satellites were to form the core system, although it was functional with eighteen. Atomic frequency standards would be the norm on each satellite. Signals broadcast over two radio frequencies would be transmitted via the pseudo-random coding system developed under the 621B system. Although the ground receivers would be passive receivers, which would permit the use of GPS for both civilian and military purposes, a more precise “code protected” frequency was accessible only to the military. However, the use of “selective” GPS officially ended in 2014; civilians now enjoy the same level of accuracy that was once available only to the military. The system was initially named the Defense Navigation Satellite System and later renamed NAVSTAR. Now it is known simply as GPS. 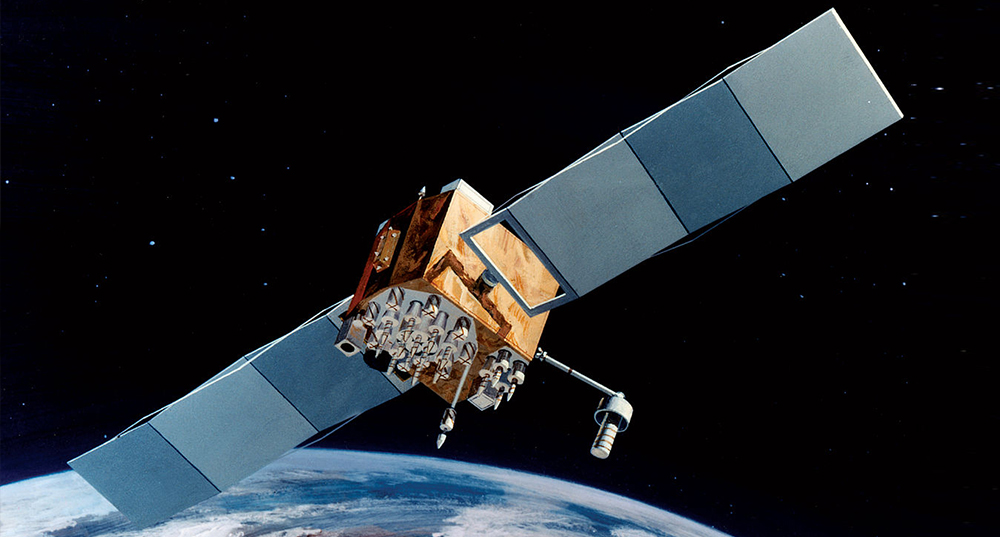 Artist’s impression of a Navstar-2F satellite in orbit

Using a sophisticated system of satellites and ground-based radio-navigation technology, ordinary citizens and professionals have 24-hour access to precise geographic and time information. The tool that allows us to identify specific locations with excellent precision has led to better maps and significant gains in our ability to plan, model and assess complex natural systems on land and water. Improvements to the basic technology continue. Space X launched the latest GPS satellite on board a Falcon 9 rocket on Dec. 23, 2018 at Cape Canaveral, Florida. Built by Lockheed Martin, the GPS 3 SV01, also known as “Vespucci”, is equipped with more powerful navigation and timing capabilities than previous generations. Additional GPS 3 satellites are scheduled to launch in the coming years, with a set of 20 lined up for the year 2025. GPS applications of far-reaching scale and scope continue to be developed. NASA recently announced that it is developing a lunar GPS receiver to assist with missions to the moon and elsewhere, effectively establishing GPS as a key technology of the future.