From ancient civilizations to modern settlements, people have relentlessly struggled to manage and predict river flow and stage. Early peoples had no recourse other than to try to anticipate a river’s irregular patterns, an exercise often fraught with risk, and patch together solutions that might not prove effective.

This article provides a brief history of water planning, particularly as it relates to the origins, evolution, and future directions of HEC-RAS.

What is HEC-RAS Software?

HEC-RAS is a software that models the hydraulics of water flow through natural rivers and other channels. It is designed to perform one-dimensional and two-dimensional hydraulic calculations for a full network of natural or constructed channels, overbank, floodplain areas, etc. The software allows simulating flow in natural or artificial channels to calculate the water level for performing flood studies and determine the areas that are likely to flood.

In addition to the four river analysis components, the software contains several hydraulic design features that can be implemented once the water surface profiles are computed.

Egyptians and the Nile River

The Egyptians learned early on that periods of low water on the Nile River often preceded a time of great flooding. A swollen, raging Nile River was characterized by dangerous and unpredictable water levels; floodwaters could wipe out a shoreline settlement swiftly and completely. These early people responded to this on-going threat by building embankments and developing an elaborate system of canals to divert water from the flooded river basins to drier agricultural uplands. 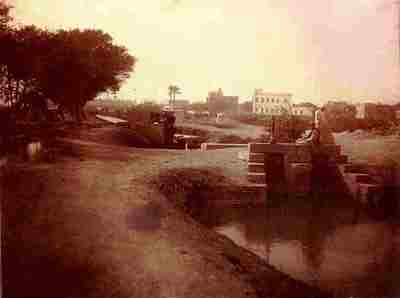 Headgate and Lock of the Menufia Canal

Ultimately proving to be masterful technicians of their environment, the Egyptians skillfully built a highly functioning civilization along the shores of a complex and volatile waterway notwithstanding limited access to modern tools and know-how.

In the 19th and 20th centuries, early efforts to settle U.S. citizens across the country included promoting navigation and maintaining and improving channels and waterways. 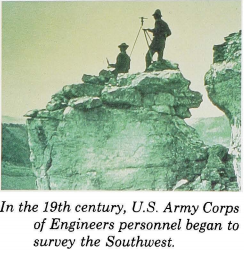 With passage of federal laws in 1824, U.S. Army Corps of Engineers’ first Civil Works project was to promote safety on the Ohio and Mississippi rivers and nearby ports. Later in the 19th century, flood risk management was also taken on by the Corps. In 1936, the Flood Control Act gave the Corps authority to provide flood protection across the entire country. Mandates to improve the navigable infrastructure of U.S. waterways inevitably led to the development of new management tools. 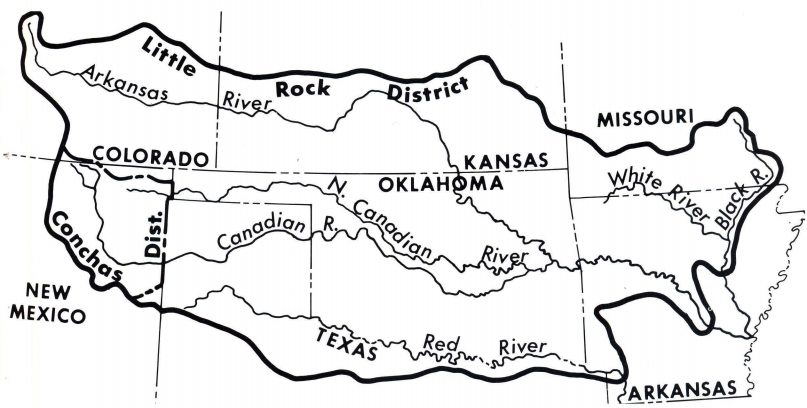 The Beginning of Civil Engineering Software

The earliest versions of HEC computer software emerged in the 1950s and 1960s. Coinciding with an energetic growth in the construction of water engineering infrastructure was a push to use computers to predict complex hydrologic processes. These early models were narrow in scope and scale and defined by limited capacity both in terms of available hardware and software.

HEC-2, a Precursor of HEC-RAS

In 1964, Bill Eichert began development of the water surface profile computer software HEC-2 (a precursor to HEC-RAS) while he was at the Corps of Engineers Tulsa District office. 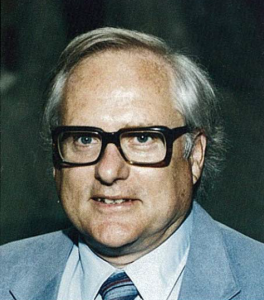 This step-backwater program was able to run on a small computer mainframe GE 225, developed in a BASIC-like computer language called WIZ. In 1966 the software was converted to FORTRAN and released to the Hydrologic Engineering Center (HEC) under the name “Backwater Any Cross Section.” 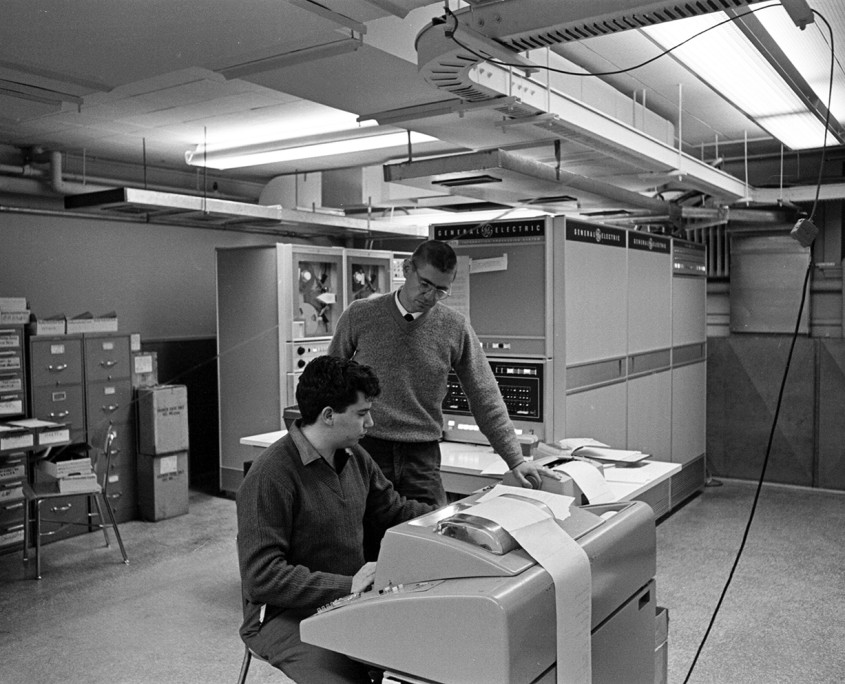 GE 225 mainframe in the background

As its name suggested, Backwater Any Cross Section was able to compute water surface profiles in irregularly shaped cross sections, unlike many other early backwater computer programs. This software represented a large step in the development of modern computational techniques for hydraulic analysis.

This software was revised and expanded and in 1968 was released as the computer program HEC-2. Over the years, additional functionality was added to the software.

The HEC-2 software program was driven by a rather crude punch-card interface that depended largely on the ability of the user to enter the data input in a specific format. Needless to say, use of the computer software during this time was limited to large, well-funded government or academic institutions and was not broadly used by engineering consultants. 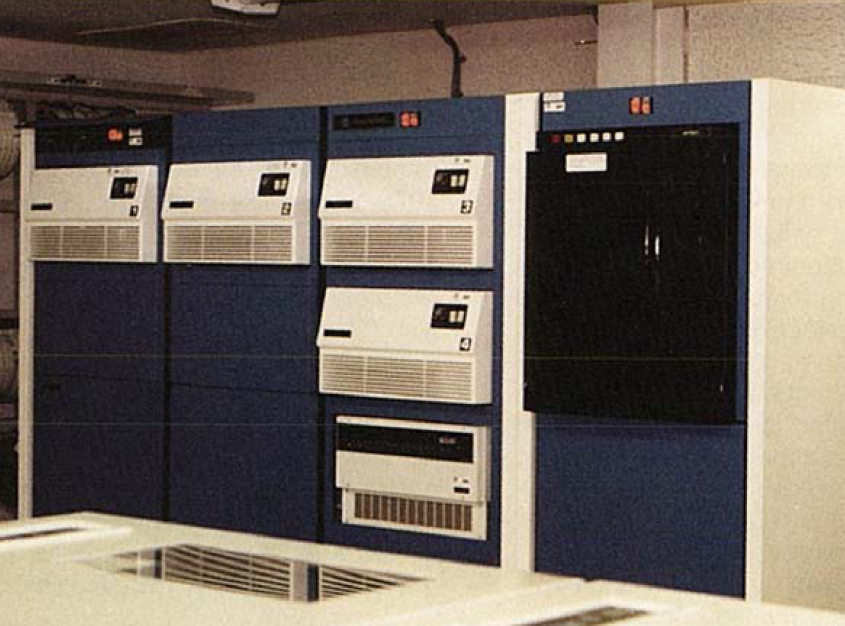 When the IBM PC was introduced in 1981, it was simply a matter of time before HEC-2 would no longer be limited to use only on a mainframe computer. In 1984 Alfredo Montalvo adapted HEC-2 to the IBM PC environment. The punch card interface was replaced with a data file editor called COED (COrp EDitor) that allowed the user to enter the equivalent of punch cards in a much more easier to understand interface. Several other software programs were developed to assist the engineer, including SUMPO, a SUMmary PrintOut program, and PLOT2, a graphics plotting program. HEC-2 soon became an internationally accepted tool for computing water surface elevations, Federal Emergency Management Agency’s (FEMA) flood insurance studies, and Corps’ design studies. 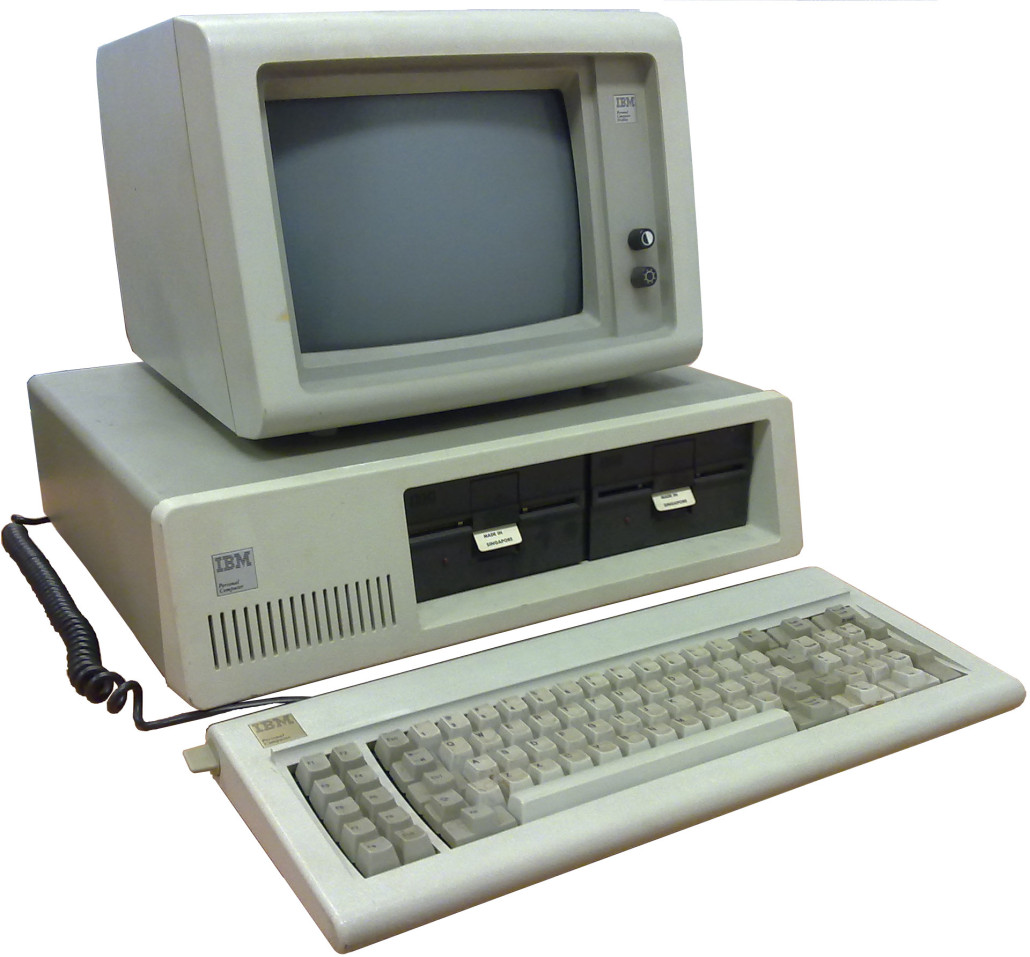 The 1990s brought with it development of Microsoft Windows and HEC’s “Next Generation” software. Software development of this next generation software originated on UNIX (a precursor to Linux) X-Windows and then later shifted to Microsoft Windows and Visual Basic as PCs quickly migrated from MS-DOS to Windows. Version 1.0 of HEC-RAS was released in August of 1995 with subsequent updated versions being released every few years thereafter.

Today’s HEC-RAS software builds upon all of the engineering advances from previous generations of computer software. The software can be used for both 1-D and 2-D flow simulations, steady flow or unsteady flow boundary conditions, sediment transport, and water quality modeling. It can account for subcritical, supercritical, and mixed flow regimes. The software can be used to perform flood studies, analyze backwater effects at roadway crossings (i.e., bridges and culverts), compute bridge scour, perform dam or levee failure analysis, and a whole host of other complex river hydraulic analyses. 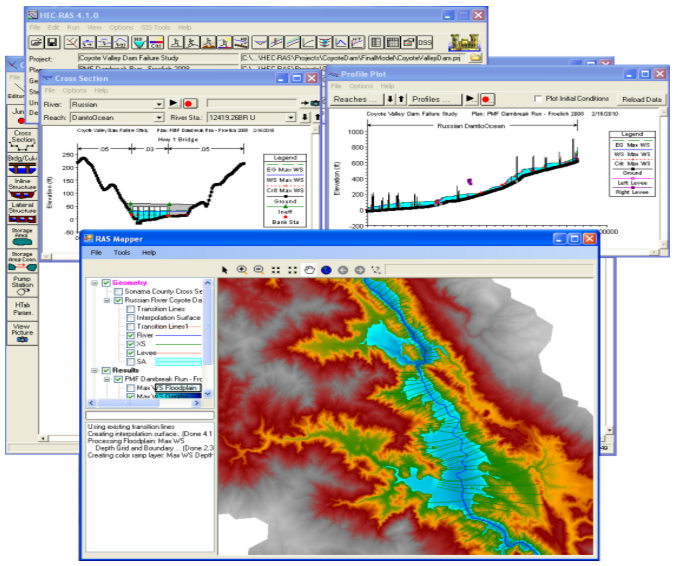 There is no question that HEC-RAS has withstood the test of time and is now considered the predominant civil engineering application for modeling rivers and channel flow worldwide. The program serves as a foundation for future advances in hydraulic software. Recent developments in sediment transport modeling capabilities and water temperature modeling represent on-going efforts to improve the software’s application to a wider range of environmental conditions. Significantly, HEC-RAS version 5.0 now includes a two-dimensional flow analysis, allowing the consideration of much more complex river, open channel flow hydraulics, including lateral flows, eddies and bend losses, rain-on-grid modeling and mapping capabilities.

In Search of Revolutionary Technology

Necessary Analytics Marketing Privacy Center Privacy Policy Cookie Policy
These cookies are necessary for the website to function and cannot be switched off in our systems.
Technical Cookies
In order to use this website we use the following technically required cookies
Cloudflare
For perfomance reasons we use Cloudflare as a CDN network. This saves a cookie "__cfduid" to apply security settings on a per-client basis. This cookie is strictly necessary for Cloudflare's security features and cannot be turned off.
FreshChat
We provide chat facility for users to come and chat with us to help resolve their issues.
These cookies allow us to count visits and traffic sources, so we can measure and improve the performance of our site.
Google Analytics
These cookies are set through our site by our advertising partners.
Facebook
LinkedIn
ZoomInfo
For purposes of marketing, optimization of products and services, we use services of ZoomInfo on this website.

2. _cfduid - Related to the CloudFlare security layer (CloudFlare is the Network Security protocol that ZoomInfo uses to orchestrate the rate limiting rules).

3. visitorId - This is how WebSights identifies recurring visitors