Milton Hershey of Hershey Chocolate company fame, maker of unremarkable but affordable chocolate, established a company town in Hershey, Pennsylvania in 1903, complete with worker lodging, parks for employee enjoyment and other enviable conveniences. As we move into 2019, we learn that Microsoft Corporation is investing $500 million to create affordable housing in Seattle, Washington, a move that most argue is designed to benefit the greater Seattle community more than it will benefit exclusively Microsoft.

Other software companies show similar benevolence, although in most cases corporate efforts are designed to benefit a community of employees. Some go to great lengths to create the ultimate work space—one that lures top talent with otherworldly amenities and manages to keep recruits from leaving with an unusual mix of perks and creature comforts. Forget the sterile, windowless break rooms of years past or the hum-drum end of the year holiday party. Make way for coffee bars, soccer fields, “massage credits” and office space with plenty of sunshine, natural landscaping and, more likely than not, a tree house or two. This article provides a quick peek at how three major software companies are remaking the modern work space.

Architectural design principles that focus on the well-being of people and the environment are going main-stream; two of the companies featured in this article are driving that movement forward. Microsoft has broken ground on a new “campus for the future” in Silicon Valley that aims to set new standards for workplace design when it wraps up construction later this year. According to a spokesperson, the goal was to see if Microsoft “could design a building that was actually beneficial and restorative to the local ecosystem.” It aims to be the “smartest, greenest” office space yet built in Silicon Valley and the plans are ambitious. 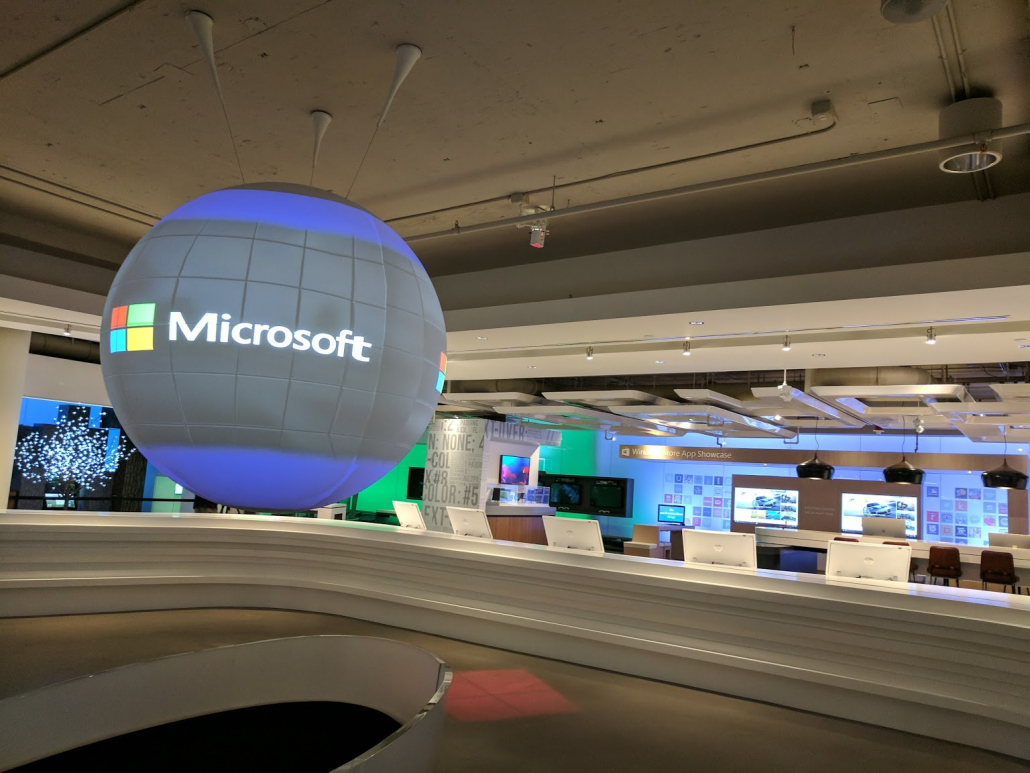 The campus aims to have net-zero water certification, which means that the buildings’ needs for non-potable water will come entirely from repurposed water or rainwater collected on site. The plan also includes large tracts of native plant communities as well as 4 acres of living roof to provide habitat for more than 30 native species. An architectural design that maximizes the use of natural light as well as the ability of employees to easily access the outdoors runs throughout. A programmer crunches out an algorithm and steps outside to consider his next project in a patch of native prairie grass. Artistic renderings of the new Microsoft campus suggest a cross between a Frank Lloyd Wright and a high-end retreat.

Epic Systems is currently the nation’s high-profile developer of medical records software, with over 700,000 clients world-wide. The company’s headquarters are located on 1,048 acres of rolling farmlands outside of Verona, Wisconsin—nearby our office in Middleton. Nearly 300 acres are under cultivation for alfalfa and corn by local farmers. The campus, which houses nearly 9,000 employees, is entirely off grid due to geothermal energy, 18 acres of solar panels and several off-site wind turbines. One weekend, I visited the sprawling, park-like property strewn with unique sculptures, waterfalls and picturesque streams and walking paths. Few cars are visible due to clever subterranean parking. The campus is a compound consisting of nine (and counting) huge buildings, each designed with a particular theme: The western frontier, the English countryside complete with reference to well-known fairytales, Deep Space, a medieval castle, and several others. Because of this mix of architectural styles, the campus has a slightly disjointed feel, but it is still an impressive landscape. 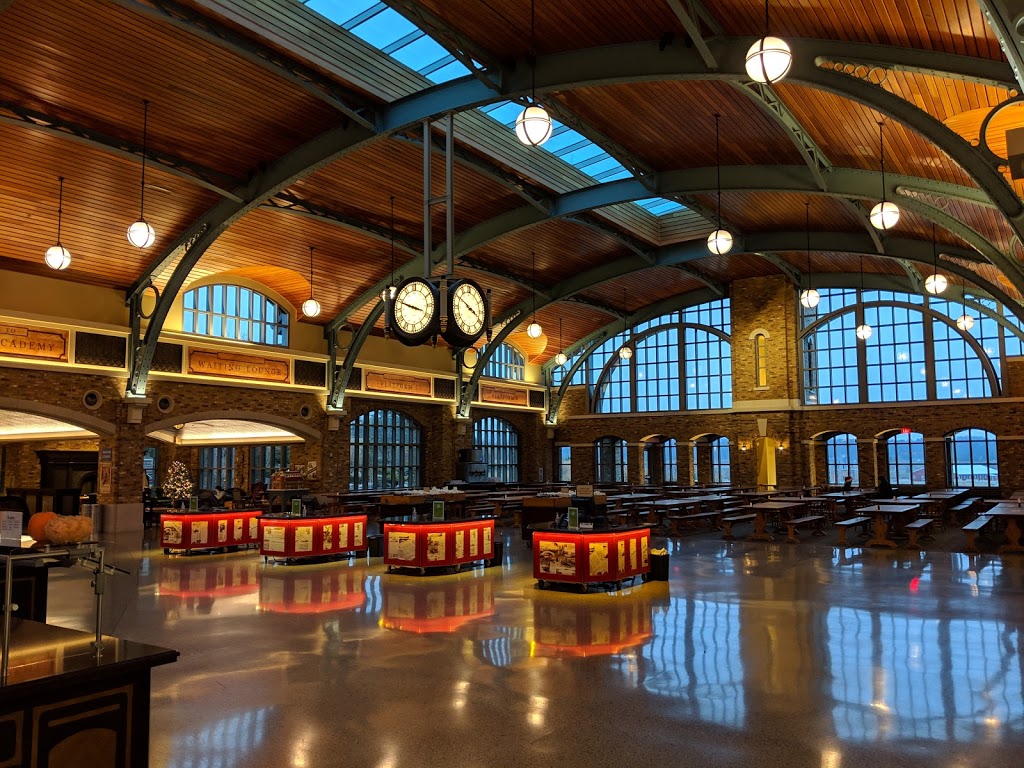 Multiple times I was stopped in my tracks: A huge rocking horse saddled and ready to give an Epic worker a ride sits idle in a playful community space; fanged Oriental paper serpents are suspended and writhing from the ceiling of a conference room; Paddington station in London, England, is the inspiration for a bustling eating area in a lower floor. Do these light-hearted touches make for happier, more productive employees? According to Epic CEO Judy Faulkner, the answer is yes: “We want it to be a place that people will want to come to…we are competing with Apple, Microsoft, and Google. We need to give these people a reason to come to Wisconsin.”

If a Disneyland theme park is the classic destination for millions of tourists every year, why not use that same magic to bring in top-tier software talent? I confess I did get a thrill when I slid down Alice’s rabbit hole into a miniaturized sitting room complete with tiny couch and teacup. But the appeal is not just in the décor. Rumor has it that Epic employees work long hours, but perks are plentiful. Generous sabbaticals are offered to loyal employee and CEO Faulkner encourages Epic employees to live by her “roots and wings” philosophy. She encourages her staff to form “roots” by embracing basic values of honesty, integrity, and a commitment to excellence, but to also grow “wings” by taking risks and exploring the unknown. So, employees are encouraged to visit their own version of “Disney” somewhere in the world (and some 3,000+ employees have already happily done so).

According to Google representative, Jordan Newman, Google’s ambitious goal for its community of employees is “to create the happiest, more productive workplace in the world.” Many elements of Google’s campus in New York are reminiscent of Epic’s workplace, with playful elements tucked throughout the buildings, not to mention the availability of Razor scooters for travel between hubs on campus. Research supports (and Google clearly believes) that the most productive companies in high-tech fields are those that give people loads of opportunities to interact and learn from each other. Coffee bars, free gourmet food (with an emphasis on healthy offerings), stimulating weekly lectures and guest speakers and inviting, home-like open spaces encourage a feel-good environment that fosters discussion, the exchange of viewpoints and, most importantly, a sense of community. 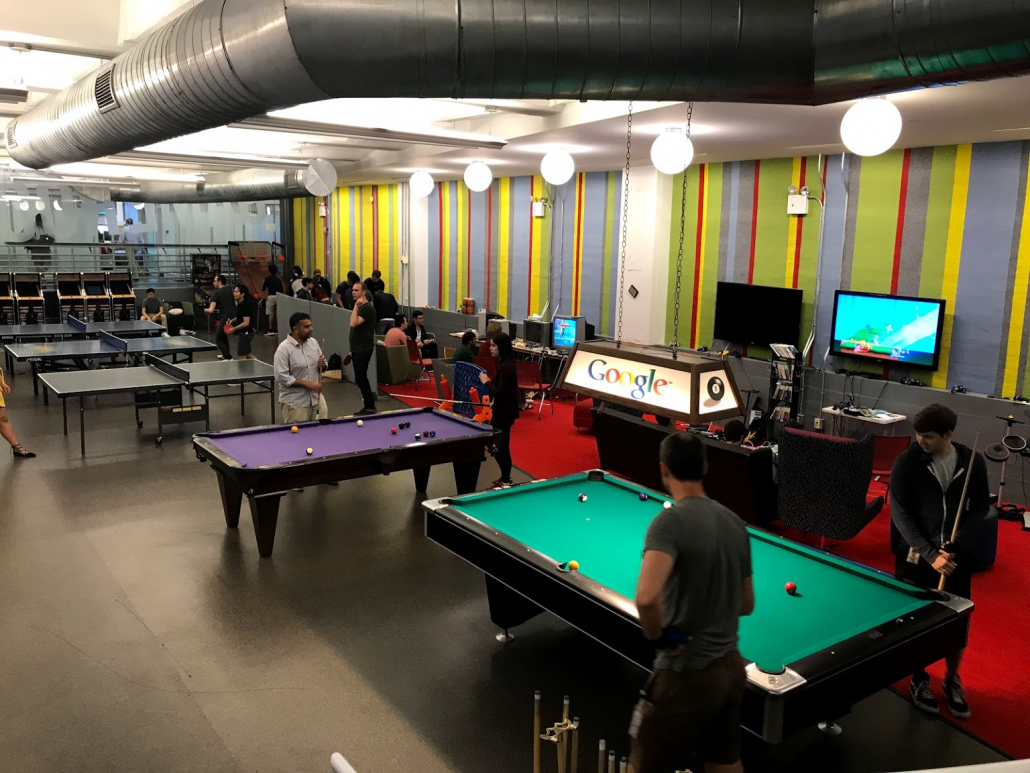 “Googlers” get a home away from home. Food is a huge part of a person’s monthly paycheck and I think I already mentioned that food is free at Google. Do you need a companion during stressful times? Bring your dog for needed comfort. The company also provides some of the best health benefits in the country and has a track record of helping employees and their families in unusual circumstances. The theory is that if Google takes care of its employees’ needs to the best of Google’s ability, employees can then give their best productive energy to Google (and perhaps spread a little extra love in the world as well). Isn’t this what most companies do? No, Microsoft, Epic and Google are still outliers in this respect. Most companies still just provide a paycheck and leave the rest to the employee to figure out. But who knows, maybe this is the winning formula for the workplace of the future. Let’s wait and see.

The Team that Could