We are at a crossroads. For several years now, we have been aware of the fast-declining state of our country’s roads, bridges and other elements of our country’s infrastructure. The ASCE (American Society of Civil Engineers) issues a report every four years on the state of our nation’s infrastructure. According to ASCE, the GPA for our nation’s infrastructure in 2017 is once again a D+, a repeat of the conclusions made in 2013. These assessments identify the nation’s critical shortcomings and underline the huge amount of work that needs to be done to keep the public safe and to remain competitive globally. Thrown into the mix in recent years is an increase in extreme weather and climate-driven events, all of which tests the resilience of our sturdiest communities.

Hurricane Harvey unloaded 50 inches of rain on Houston, Texas within a four-day period late last year, transforming one of the biggest metropolitan areas in our country into an otherworldly landscape of water punctuated by islands of submerged cars and houses. Houston has long been known to have significant infrastructure needs. Flood and drainage management, more apparent now than ever, is by far the biggest issue. Many parts of the system are nearing 100 years in age and are no longer equipped to move large volumes of water efficiently. Add to this a naturally flat topography, a growing proportion of impervious surface area and a nonexistent zoning code, which effectively makes flood mitigation measures optional to developers, and you have all the elements of a real and lasting problem. No amount of funding will ever address all of the issues, but how do we jump-start an innovative approach? As Joe Schofer, a professor from Northwestern University points out, “Harvey’s an opportunity, when it’s all done and everything is dried out, to step back and say what can we do to protect ourselves in the future because there will be a future. This kind of thing will happen again.” This post offers a few words on the complex matter of flood control. 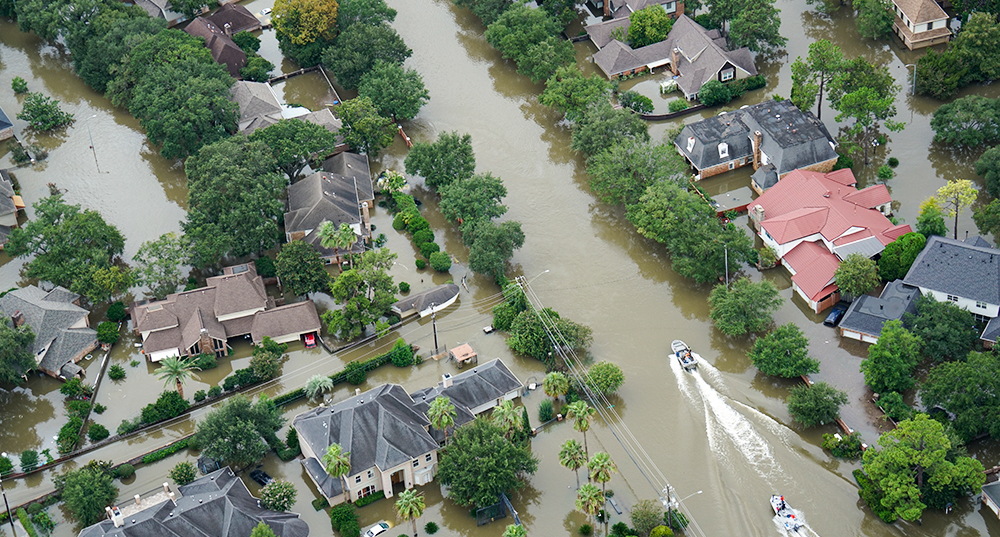 FEMA’s Role over the Years

As cities grew up early in this country’s history, it made complete sense to settle next to waterways. Proximity to a waterway meant that a homesteader had a way to water livestock, irrigate crops, travel and get water for household uses. The work of FEMA (Federal Emergency Management Agency) came into play some time later when it became clear that government needed to keep people and property safe from the hazards posed by flooding rivers. Much of FEMA’s program centers on the identification of Special Flood Hazard Areas (SFHA) to delineate zones in which there is a 1% or greater chance of floodwaters flowing into a particular area in any given year. This zone is subject to floodplain regulations through the National Flood Insurance Program (NFIP) and property owners within these areas are required to obtain flood insurance. FEMA allows communities to implement higher standards of construction in areas that are known to flood more frequently.

FEMA Risk MAP and Other Approaches

While FEMA provides a base-line standard for flood management, several experts have commented that this approach to risk is arguably no longer enough given the higher frequency of storm events, climate change and other variables. FEMA’s Risk MAP Multi-Year plan was approved by Congress in 2009 to address changing circumstances. In justifying the program, the agency acknowledges that additional measures are needed to protect communities from floods: “Risk MAP focuses on products and services beyond the traditional Flood Insurance Rate Map (FIRM)…” FEMA also points out that “(t)hrough more precise flood mapping products, risk assessment tools, and planning and outreach support, Risk MAP strengthens local ability to make informed decisions about reducing risk.” 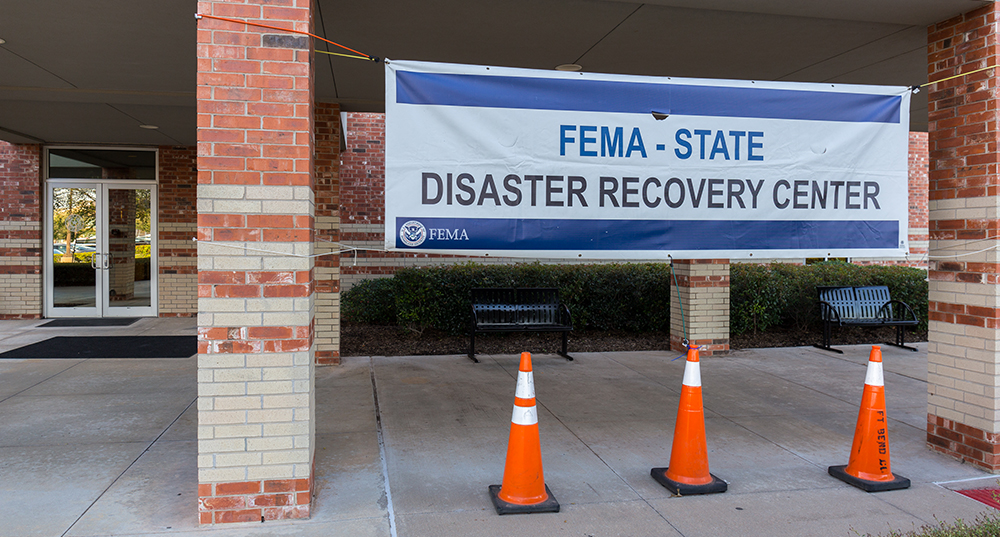 Many regions throughout the U.S. have used MAP funds to update digital elevation maps, perform channel work and create more detention basins. The program also provides funds for buy-out initiatives. The Harris County Flood Control District in which the city of Houston is located, made use of federal funds available through the Risk MAP program to relocate residents and create more open space for drainage purposes. Nearly 1000 square acres have been restored to their natural function as a floodplain as part of the overall mitigation plan. These efforts to purchase land, well in advance of Harvey in 2012, represent a fraction of the work needed to mitigate damage from another storm like Hurricane Harvey. But this is the kind of shift in thinking that is required and more is needed.

Are We More Concerned about Lost Property Value or Flood Risk?

Sarah Pralle, faculty member at the Maxwell School of Government at Syracuse University, points out that sometimes local politics can interfere with the responsible mapping of flood-prone areas. Local officials are keenly aware of what identification with a flood zone means for property values and future development. Sometimes FEMA is contacted to modify flood maps to reflect goals associated with maintaining property values. At times, a modified flood zone that includes less real estate is the result, at the expense of the public’s interest. Fewer residents are then required to buy insurance through the National Flood Insurance Program (NFIP), a desirable outcome for a select minority. Pralle suggests that in these situations the costs of living in the flood zone (mandatory insurance, lower property values) become more important than the risks associated with flooding.

A New Paradigm for Planning?

FEMA’s Risk MAP program acknowledges that changing circumstances in the form of growing populations, expanding development and unpredictable weather events, demand a new approach. The program combines new and existing tools to allow communities within watersheds to implement mitigation plans that are based on revised and updated maps. But this is just one program and the community can elect not to take advantage of it. Houston’s principal water planner, or “flood czar,” Stephen Costello, projects that although the city is likely to receive billions of dollars towards recovery efforts, the sum will not cover all that needs to be done. Some say that in order to address a crumbling “street and drainage” system, approximately $650 million is needed annually in Houston alone. Recent reports in April of 2018 describe $84 million in funding to repair storm sewer outfalls and channels and remove sediment in Houston’s many neighborhoods. One would hope that the effort to put Houston right would be more than just a patch-up job, but it is easy to revert to traditional flood planning measures and many municipalities do.

This is just one major metropolitan area, there are hundreds of cities just like it across the country. Situations like this can catapult us to a new way of thinking. We can put into effect mitigation plans, make piece-meal repairs to drains and channels, but in many cases we should also consider moving people out and reestablishing prairies and open spaces so that natural drainage can take place. These drastic measures are a difficult sell to the public, but hard, or at least challenging, times demand a new way of thinking. As I said at the beginning, we are at a crossroads in terms of how we plan for the next flood.